skip to main | skip to sidebar

I was laid up at home for a day so instead of using my laptop as a laptop, I went ahead and "docked" manually to my dual screen gear (that has largely been attached to my "work" Macbook Pro.) I used the thunderbolt and hdmi connectors on the side of my Spectre XT (and it was the first time I've ever gotten video to work out of the t-bolt. WIN.) The monitors are Acers with DVI connectors so I'm using some monoprice cabling to convert to T-bolt and HDMI.

That setup will probably explain to some of you what went wrong... but sadly it did not initially to me. I was using the setup and listening to music/youtube etc. After some point in time (and crucially, I'm not sure when exactly), I lost my audio output. The sound notify/menubar/whatever device was still present and still indicated I had sound output, but nothing was being produced.

I entered into the sound settings and lo and behold, there was no device listed in the "Play Sound Through" panel of the output setting. (And I didn't even notice that right away as my eyes were laser focused on the completely zeroed out volume indicator at the top that wouldn't move. Of course it wouldn't move as there was no output device.)

I gradually pieced together what may have happened--I suspect at some point AFTER connecting the monitors, I either suspended/resumed or actually rebooted. It appears that something in the audio detection algorithms determined I should be using HDMI audio (however, these Acer monitors have no speakers.) And by gradually pieced together, I mean I futzed around with this for a couple of hours.

Once it dawned on me that the only thing that I had really changed was the monitors, I went ahead and removed them (which I had done several times during the futzing around) and shutdown entirely and rebooted. VOILA. "Built-in Audio" device reappears and I'm another happy camper.
Posted by shallow monkey at 6:21 AM No comments: 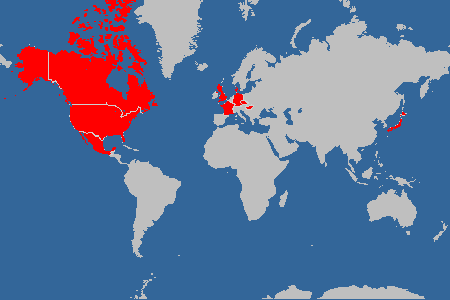 visited 10 states (4.44%)
Create your own visited map of The World or Amsterdam travel guide for Android 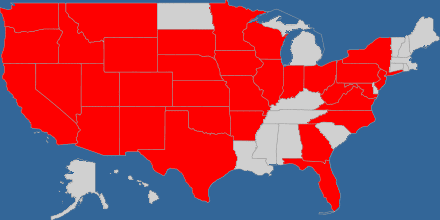